TIP TOP OF THE PYRAMID 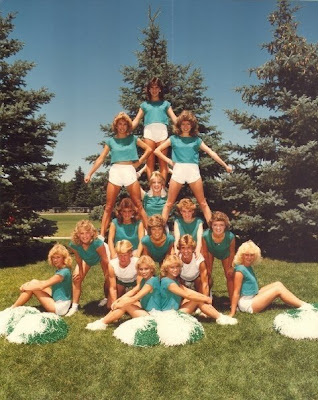 I'm decorating again, friends. And doesn't it seem like I just barely did this? I thought so, too. Which is how I feel about making dinner—didn't I just do that a few weeks ago? Geez. It never ends.
Anyway, it's been a riotous time around here lately. Homecoming, Homecoming and more Homecoming, on account of being in charge of the alumni—or as Julia spells it 'iluminy'—events at good ol' CHS. Which is pronounced "chuhs" in case you were wondering. Like lunch-uhs and watch-uhs and witch-uhs.
Did I ever tell you that I was a cheerleader there at chuhs? I did? Well, it bears repeating. Princess Lisa/Varsity cheerleader. So one time we went to competition, which was a really big deal to us, because people just didn't go around competing back in the 80's.
We were lazy farts.
With big hair.
Anyway, we hired a couple of University cheerleaders to teach us an awesome routine, set to "Naughty Naughty," and you may wonder aloud how I remember that when I can't remember to wake up in the morning. One word—priorities. Now quit interrupting.
So we climb inside Nancy's ENORMOUS SUBURBAN where her little sister mouth breathes metallic funk from her unbrushed braces over my shoulder the entire trip. Long story short, we were the only high school that showed up, because APPARENTLY, there was an even more prestigious competition going on at the mall downtown.
Realizing we still have time, we shun the loser host school, hop back into the vehicle and lumber down the freeway to the competition where the COOL kids are. Because we are going to show that damn East High with the bobs and the Beemers that GIRLS WITH MULLETS CAN THROW DOWN!
We were proud—some might even say arrogant. Because clearly...clearly...no. other. cheerleaders. could have spent as many hours whining about practicing as we had. We were that prepared. Sad to say, the person playing our music wasn't, and started it one measure too late.
Like dying Energizer bunnies, we performed a few startled moves, threw some girls in the air, forgot to catch one, then slowed to an aimless wander...not unlike liberals asked to cut social programs. Finally, the loudest voice barked out, "DOWN!" And we obeyed, dropping into our first positions, unfortunately not in correct formation.
Waiting for the music to begin again, Liz crawls over and whispers hoarsely to anyone who'll listen, "Guys! Ouch! I think I broke my ankle! Seriously. Guys. Ow ow ow. I think my ankle's broken. It really hurts. Bad. I think it's broken. Ow. Like, I heard a crack. No, really, ow ow, I'm pretty sure..." then in unison we compassionately HIIIISSSSSS like a nest of snakes to, "Shut it, Liz! You're FIIIIINNNNE! Now DO IT!" And she did.
Turns out Liz did break her ankle. Poor girl busted that thing prit-near in two.
Also turns out that when the base of all of your pyramids has a broken ankle, things ain't likely gonna go your way.
And lastly, turns out we might as well have been taking a dump in an outhouse, we shat that place up so bad.
So what did we learn? Well, stop competing for one. Also, Liz is kind of weak. Plus funky brace mouth makes princesses puke.
But in the end, what would we do without a starting point for our progression? Makes me grateful I was so low, as there was no place to go but up—to the tippy top of the poorly constructed pyramid!
Speaking of up, I have to get up in the morning, so I'm heading for bed~sweet mullet dreams to come. I only hope you have a few of your own...
'Nite, all.
Posted by Lisa at 7:23 PM 9 comments:

SUPERCALIFRAGILIPSTICK...wait, not lipstick...anyway, Mary Poppins! Went to see the play last night and the stadium seat could hardly contain my jivin' to the show tunes bum! You would not believe the set design, and Burt walking up the walls, and the singing and dancing and INCREDIBLE production quality! But even more entertaining was the lunatic family two rows ahead who nearly kilt their child for not shutting up.
Half an hour into the show, this kid starts using his outside voice. The older brother hisses and shushes at him from the seat next door. For like, five minutes. Dingbat takes it as a challenge and continues using outside voice, but takes it up a notch with body jerks. Two seats over, mother shoots laser beams through him with her crazy eyes. Brainless keeps it up, and third seat over joins into the fray. Soon, the entire row is SHUSHING THE HELL OUT OF THE KID, causing uproar and judgment calls in upper and lower mezzanines, and Jack Donkey just keeps. it. up.
Finally, the mother reaches across, grabs the kid in a Vulcan neck pinch and the kid falls to sleep. Unintentionally.
Just in time, too, because the audience was forming a line to take turns helping...if you can call a bat and duct tape helping.
I kind of think you can.
Posted by Lisa at 12:00 PM 11 comments:

So a few friends decided to go to lunch, on account of I just discovered the DESSERT HEAVEN ON EARTH that calls itself "Kneaders." I hear they have soup and sandwiches, too. Beside the point. Anyway, I wanted to share the fatty love with as many chicks as I could, because I'm a giver—which goes without saying, and still, I continue to do so until you really get how benevolent I am.
Where were we? Oh yeah, Kneaders. Going there this weekend. So Deena goes all apeshit crazy and informs me that she has invited a friend of hers who has been led to believe that funny speaks as funny writes. And even though she promised not to ask me to say something amusing, I can already feel my nose and ears turning all precious gem, people, as the unspoken pressure turns the black coal that is Princess Lisa, into a diamond...or CZ. Whatever.
So I informed her that she just cursed me to wake up drooling, with one eye crossed and anal seepage. Plus she's dead to me. But that doesn't change the fact that some unsuspecting lass out there is expecting to meet the photoshopped, edited, two hours condensed into one paragraph copy of Princess Lisa.
Won't she be surprised (alarmed) when instead, she sees the placenta afterbirth, and has to hide her natural instinct to grimace and exclaim, "WHAT. IS. THAT?"
So now I can't go.
But I'm sending my facebook fraud profile picture in place. Just open up the computer and place a Diet Coke in front of her.
It's the least you can do. Deena. (two fingered eyeball point)
Posted by Lisa at 8:57 PM 6 comments: 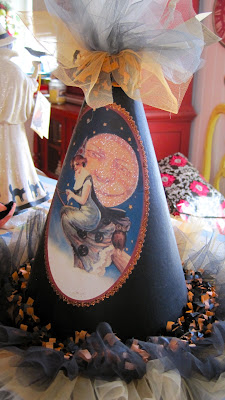 Witchy hat from Bed of Roses...to DIE for! A generous birthday gift from my dear mother. 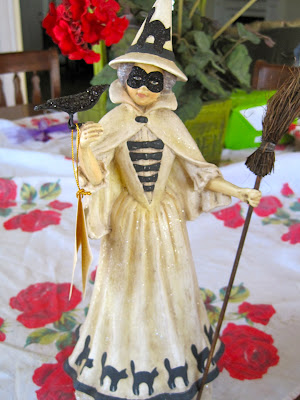 This year's addition to my Halloween witch collection. Saw it in Victorian Trading~loved it~set it aside in my covetous mind~bought it for $20 cheaper at Bed of Roses! Yes! 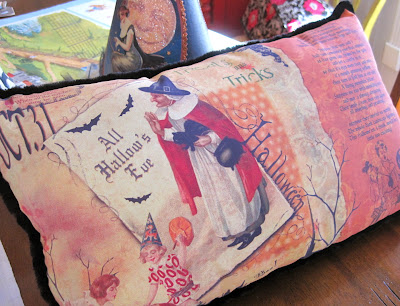 Another dazzling vintage inspired item from Bed of Roses. Does it ever end? I hope not... 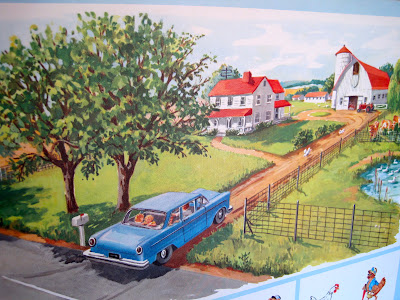 Old school room pictures~going to frame and mount and dream of a simpler time... 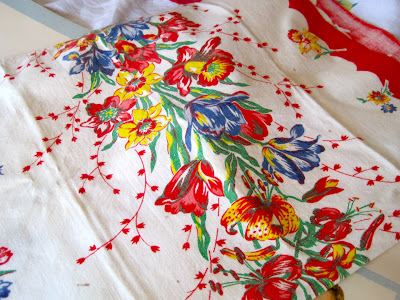 Vintage linen perfection~I'm making it into a bag some day. 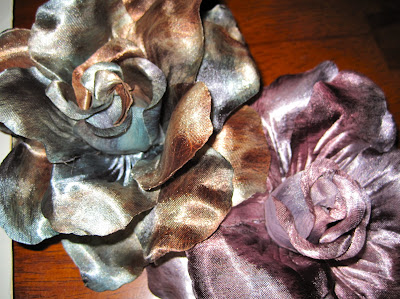 Lapel roses for my collection. They don't even need to be watered...except with tears over their exceptional beauty. 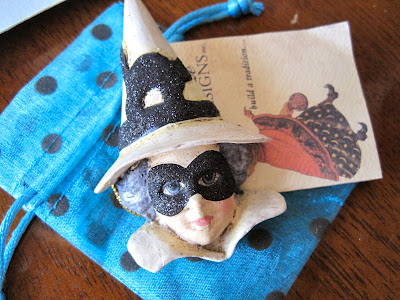 A parting birthday gift from Brenda~owner of Bed of Roses...her generosity knows no bounds. 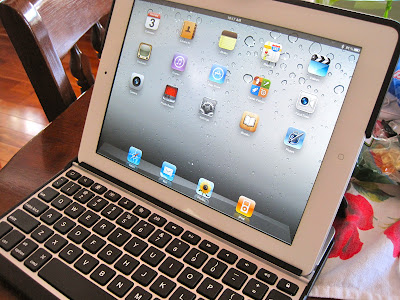 The 'piece de resistance' from my husband and children~I GIVE YOU THE IPAD 2! With keyboard attachment...and sky blue cover on order...and money pulled from every one of their pockets~not because they HAD to, but because they WANTED to, right children? Right. 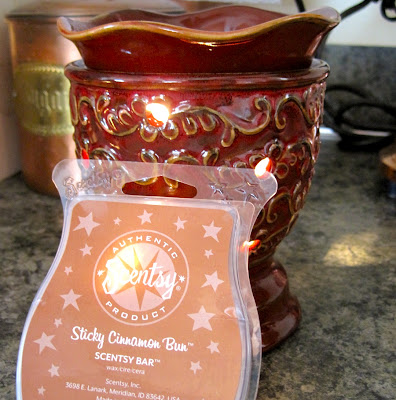 And yet another undeserved gift, this time from Adie Mitchell and her DOMINATION OF ALL THINGS SCENTSY! She's a giver, that Adie from my youth. I used to babysit her. Now look~she gives me gifts of cinnamon and light. Let that be a lesson to you~never ever EVER burn those babysitting bridges, no matter how heinous the child. (Adie, you were an angel...an ANGEL, I say!)

Of course, scattered amongst these picturesque offerings, there were luscious sweet rolls and bags of chocolate and cinnamon and caffeine brought to my door, all wrapped up in blue and tulle and smiling faces of beautiful friends. I was nominated Homecoming Queen, according to my Facebook birthday wish popularity. And those willing to dine on porky nuts and berry salads numerous times over the last few days, brought a smile to my wrinkled lips and a twinkle to my dimming eyes.

So there you have it...Princess Lisa turns 43. Or 34, if you transpose, which I believe is still using the same numbers, therefore cannot be considered a bald faced lie. Hey! Can I help the intrinsic value that was given to numerals? No. No, I can't people. The only thing I can do is rearrange them until they're aesthetically pleasing, and live with the fact that I'm now 9 years younger than when I began. It's science, people. You can't argue with the universe. (disgusted eye roll)

Birthdays rock, BBF's. Can I hear a WOOT WOOT! (fist pumps in the air with bat wing arms swinging to the beat)
Posted by Lisa at 9:28 AM 8 comments: