Sometimes my mind becomes a sepia toned filter and I lament my vanishing days of wine and roses. The days of apple juice in baby bottles and matching Easter outfits in the spring. The handpainted roses on the nursery walls and the satisfaction of opening a new bag of diapers and filling the drawers with stacks that smelled of baby powder...if only for the time being.

On cold wintery nights, I slowly walk the streets while my dog tears up the landscape, sniffing the ground like it holds the secret to life rather than another dog's urine, and I'll think of what's lost and wish I could go back..."If only for a day, what day would it be? Would it be Christmas Eve? Or camping at Bear Lake? Or the day they were born or..."

But my reverie is interrupted when a booger covered mini-van flies down the road carrying a frantic mother with murder in her eyes on her way to Smith's hoping to hell she can find EVERY SINGLE ITEM NECESSARY for her 4th grader's Science Fair project—including the actual scientific theory—that is due tomorrow.

I know this because I experienced this. I also experienced sending a kid to school without his decorated shoebox county float because said kid never mentioned the assignment until the actual morning it was due. Oh, well. Sometimes you just have to keep in mind that their record isn't permanent until Freshman year. And college is overrated.

I also screamed my children out the door nearly every other morning, even though I had a Come to Jesus with myself EVERY DAY to remind me that I was the voice in their head and if all that voice did was scream, well then, it was almost certain that my name would be brought up in front of a judge or a therapist one day.

But that didn't stop me, because then there were the mornings that I heard a honk outside at, like, an ungodly hour. This would cause me to fly out of bed, throw open the shutters and tear the sash off the wall as I tried to figure out if the car was in front of our house while hoping and praying it was at the neighbor's. But it never was. It was always freaking at our house. Which meant, ONCE AGAIN, that one of my children had made arrangements for something that required them to act like responsible adults, and then didn't tell me. Well EVERY MOTHER KNOWS her kid isn't responsible. SHE is responsible. Her kid has a wonky, underdeveloped, crippled frontal lobe and that is why they aren't allowed to do practically anything without adult supervision at that age. So WHO ARE THESE FOOLS WHO LET THEM MAKE PLANS WITHOUT CLEARING IT WITH THEIR MOTHER?!

The honk was always followed by me turning on every light in the house, yelling up the stairs to the guilty party to, "WAKE THE HELL UP! YOUR RIDE IS HERE!" then running to the door with Bride of Frankenstein hair to make the universal, "Hey! Yeah, hi! Good to see you. Just one minute and they'll be out. Sorry, we're just running a little bit behind," sign—a deprecating smile and holding the pointer finger aloft.

There was also the day I came for a PTA meeting and saw my son in the principal's office. I thought, "He's probably being given an award. Wonder why they didn't call me?" Turns out he was pointing at his bum and telling all the little girls to, "Kiss this." Mm hmm. That's right. #metoo.

Add to these stories the broken teeth and broken arms, the slug fights at 1:00 a.m. because, "HE'S SNORING ON PURPOSE!" Julia intentionally stomping on the heads of her sleeping brothers in the truck because they were in her way, the baby hands grabbing the burning griddle, the croupy coughs, the lost elections, the poop in the tub and the vomit on the plane.

The answer is yes.

But it sure as H wouldn't be the day of the Science Fair. 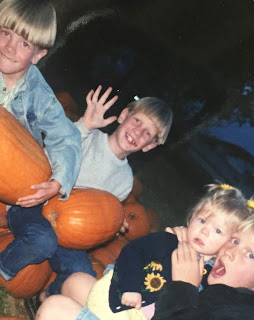 Pretty sure Julia tried to kick Ashton's pumpkin right after this shot was taken. 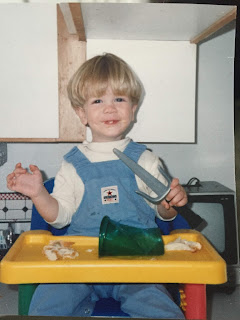 Is there ever a time that a costume knife isn't a good idea? Prove it. 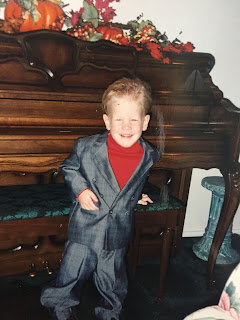 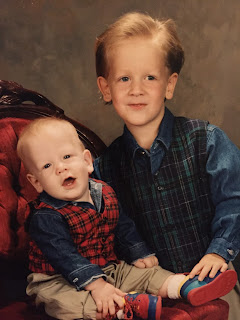 I made those vests. I rocked the homemaking scene.

Goggles. An accessory for every outfit...or lack thereof. 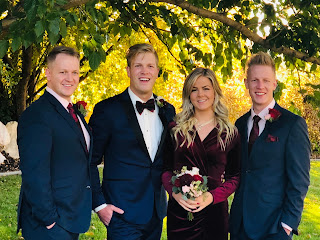 And they all turned out just fine, despite my worst efforts.