IT WILL NEVER BE

Today I sat in the chapel, looking at the back of his daughter's head with her beautiful gray hair, sitting next to her mother behind his flag draped casket as they listened to the last song they'll ever experience as a family in this realm. And I remembered when she used to wear her hair curly and pulled back with little butterfly barrettes. And laughed so hard and so easily that we did all we could to get her going. And accidentally dropped the baby hamster when it pooped in her hands and every kid in class yelled that she probably killed it and made her weep because we were young and dumb and couldn't see past our own 11 year old noses to care how we made other people feel.

I didn't know how Angela's dad began. I just knew he wore a hat, was really smart and always smiled. Turns out he loved horses, talked so much that his date (who later became his wife) thought to herself she'd never marry him if he was the last man on earth, and when it came time to pop the question, parked his car and said, "Well?...Well, you know...What do you want to do?...I guess...I guess we might as well."

They were married on a cold winter day, with snowflakes as big as quarters falling down as they drove through Sardine Canyon on their way to Logan. Only the two of them knew that at 5:30 that morning, she had locked her purse with their temple recommends inside the apartment and he had to hoist her up to climb inside the window. The perfect way to start their eternal journey—depending on each other.

They fought while she proofread his papers. They had a daughter and raised her as their only child. They worked on a lesson plan to teach people about Christ. They lived for nearly 50 years in a home on David Drive and together made memories to last a lifetime.

And that's just what they did. They lasted his life time. All the way... to the end.

I've known a lot of people lately who have found themselves in this space. Faithful friends walking behind coffins, thanking people for coming, telling stories of how it used to be and wondering how it all happened so fast and why the end came so soon.

And those of us left behind can't help but feel that way. Like it's the end. And we can't imagine it will ever be any other way.

But one day, we'll all be on the other side, waiting for our loved ones to come back to us and we'll know...

It was only the beginning.

And it will never be
Any. Other. Way. 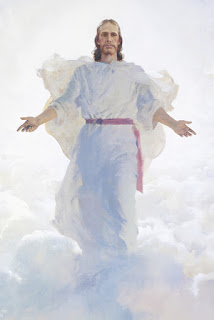 "Once upon a time, there was a caterpillar. He had a million legs. Every day he would look at all of them, trying to decide which one he should move first. Finally, he died in the same position he began. The end."

A few months ago, I was feeling ambitious. So much so that I pulled up Amazon, found the unabridged version of Les Miserables and clicked order. When the over 1200 pages arrived, they looked more friendly than I expected and I immediately poured a bath so I could get to know them.

Several months later I climbed out of that bath a changed woman—shriveled and pruned and dehydrated from weeping so long and so hard—and changed. Of course, as we all know, "changed" rarely lasts. Just as Baby in Dirty Dancing, great intentions get shoved into the corner of our minds as we tend to forget why we were inspired, what we were always going to remember and what flash of brilliance was revealed to us in those fleeting moments.

It made me sad to think that those godly ideals would stay hidden in the shadows of my library and dimming mind. So I picked up my worn book, a yellow highlighter, and climbed back into that watery casket intending to mark the brilliant passages and use them as a catalyst for my blog. Weeks have passed and I am still stagnant, but this ends today.

Here I go, moving one of my caterpillar legs.

"...you are looking at a plain man and I am looking at a great man. Each of us may benefit." Monseignor Bienvenu—Bishop of Digne

I was a pretty big deal in elementary school. I could roundoff back handspring across the entire field, I was "going with" Troy who gave me his lunch orange every day and I had started wearing a purse and blue eyeshadow before most of the other girls. As I said, a pretty big deal. The world was my chocolate box and as I wiped the brown drool off my chin I had no reason to believe it would ever be any different.

The first day of junior high I kicked open those school doors and those school doors kicked me right back, figuratively knocking my teeth out and giving me a bloody nose. My face was wrong, my words were wrong and my jeans were wrong. Apparently Kings was not the place to buy them. Falling from grace was painful and humiliating and I spent the next few years trying to become what I used to be, only to Pinterest Fail over and over again.

During this time, my big sister was my opposite. She was Valentine royalty, Best All Around and Homecoming Queen. Every boy was secretly in love with her and like Ursula, I would watch her, trying to figure out her secret powers and how I could steal them from her. I used her perfume and chewed her gum. I tried to emulate her walk and her talk and even read her journal. (Sorry 'bout that, Nick.) I would hear, "Why don't you be more like Nicki?" as often as I'd hear, "Why do you always try to be like Nicki?" I just couldn't figure out the perfect recipe and she became a blessing and a curse to me until I eventually came back to myself.

Fortunately, confidence returned with highlighted hair and a savage tan, and popularity was no longer my master. But I had definitely benefited from being plain and looking at a great man. Turns out Nicki's secret was kindness. To everyone. They loved her because they knew she loved them. In appearing lowly, she was great.

Nicki continues to be great, but I'm sure she'd tell you she's been on both sides of the window in her lifetime. We all have. The lesson is in seeing something worth aspiring to no matter which set of eyes you're looking through. Great or plain. Low or high. It doesn't matter. Each of us may benefit. 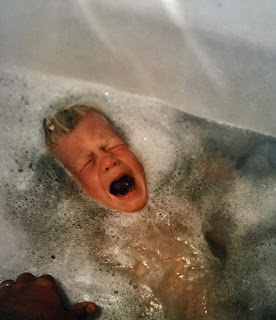 A couple of things; first, went in to the dermatologist today on account of I'm nearing the half century mark and every day is a new and exciting pending disease. Second, you've never lived (and by lived I mean died a slow, humiliating death) unless you've tried to keep your 49 year old chest from spilling out of a too small surgical gown that you accidentally put on backwards while seeing your speckled and freckled skin under fluorescent lights while a younger, thinner, more intelligent you-in-a-parallel-universe-where-you-applied-yourself examines and judges your lack of self care. That poor dear. Full frontal is super offensive after four babies.

Anyway, turns out the moles I thought were worrisome were not and the ones I took no notice of were. A squirt of lidocaine and a melon baller later and I'm several hundred dollars closer to meeting my deductible. And maybe have cancer. But whatevs. I deserve it. Just today I said these words...out loud, mind you..."At this stage of life I no longer tremble at the thought of trials." See? Same as yelling, "COME AT ME, BRO!" to Heaven and Hades. Idiot.

On a lighter note, guess how many times I've seen The Greatest Showman? FOUR! But that pales in comparison to Karyn who is going on SEVEN. Cuz Hugh. (She's kind of a stalker, but I get it.) And if by chance you're lucky enough to sit by me next time, you're welcome in advance for how much better you're going to know the lyrics by the time the lights come up.

Also, full disclosure—I lied and told my daughter I'm off pop. But back to trials—I've had some dear friends and family gut punched lately with the wiles of this earth life. None of it fair, none of it easy and none of it with a clear map of how to navigate. Of course, we all know from experience and our mothers telling us every day for the first 20 years of our lives, "Fair? FAIR!? (maniacal laughter) Life has never been fair. I never promised you a rose garden. Also, hogwash and pig guts, Lisa!" Maybe that last refrain was unique to our household—hard to say—but unfair was a visitor in every home which is how we became adept at splitting a piece of Wrigley's spearmint without it being obvious we kept the biggest piece for ourselves.

But cancer is not a piece of gum. And divorce is about thorns, not roses. Hogwash and pig guts applies to pretty much everything that's ever been, but that goes without saying.

Years ago I heard a man express an interesting viewpoint. He said as he rode through a war torn country and saw little children suffering, he decided they must have been bad people in another life. That made him feel better. It was punishment. He couldn't imagine a god who would allow opposition and he just felt better knowing that bad things only happen to bad people.

I'm not sure how he convinced himself of this distortion, but hopefully most of us understand the real need for opposition. It is a masterful teacher. What better way to learn the blessing of sleep than to go a night without it? What finer way to enjoy a spring day than to endure what feels like a year of Januaries? And what greater way to appreciate life than to suddenly find yourself fighting for it?

No, life is not fair. And my goodness, shouldn't we be grateful? If it were, I hate to imagine what I'd deserve. All that I have is through no fault or goodness of my own. Why do I get to live in a country where I can get skin removed before I die of its mutation? How come I don't have to fight or kill to go to church on Sunday? Why do I deserve to live in a fantasyland filled with Chick-Fil-A, Dirty Dr. Pepper and Kate Spade purses?

The answer is—because life isn't fair.  If we ask why bad things happen to us, we also have to ask why good things happen to us. And to be honest, I am completely unwilling to even things out. Please let Heavenly Father never figure out how undeserving we are of His goodness.

I will even give you the biggest piece of gum if you promise to keep your mouth shut.