Coming at you with a 7 on a migraine pain scale from 1-10. Last two days were full on 9, with all the accompanying "I might need a mixing bowl," and sensitivity to light and sound. I could, in fact, hear my son cracking sunflower seeds between his teeth in the other room last night.  And yet, I let him live. Which proves that I'm a giver.

Now, I don't know if you guys know this, but I've got some prittteee sirrreuuuus political connections. In fact, you might say I'm the Utah version of the Wichita Lineman, which brings me to query aloud how a man can build such a gut wrenching, mournful song around a telephone repairman?—That Glen Campbell has super powers...probably even a secret lair of some sort...

Anyway, back to sirrrreuuuuuuus. So my Uncle Chris Stewart is running for Congress. You may know him as an author—he's a New York Times Best Seller, writing "Seven Miracles that saved America," and, "The Miracle of Freedom—Seven tipping points that saved the world." Also military techno thrillers, as well as the series called, "The Great and Terrible." Mind blowingly good. Plus, Chris has been a regular speaker touring with Time Out for Women, and he set a world record flying a B-1 Bomber nonstop around the world...with Niece Lis as his muse. And I think, but I'm not positive, but it's really really highly likely that his next book will be about a princess named Lisa...coincidence? I think not. True? I think not, either.

Which leads me to the part where I drop the names of some very close personal friends of mine—GLENN BECK and CHUCK NORRIS! That's right! That's what I said! GLEN AND CHUCK! (close friends call him Glen with one 'n') And it's hard to say which one I like more...just like cherry and grape snow cones, both favorites.

Have I met them, you ask?

Is that necessary, I reply.

And then I roll my eyes at your obvious naivetee (said with an affected French accent, meant to convey disgust and superiority.)  The important thing here is, they're admirers and friends of Chris Stewart's, and because blood is thicker than water, the fact follows that the flow of good will goes right through Chris' veins and surging into mine, on account of me being his muse and all.

Anyway, I just wanted you all to know what a big deal I am. And maybe, if you play your cards right, I'll let YOU call him Glen with one n, too. Because as I once again testify, it's not what you know, it's who.

AND I KNOW HIM! 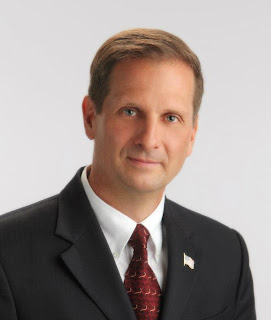 I'm disgusted with myself.

I'm the first one to mock helicopter mothers who can't let go, but the last one to look away, as I watch my son's tail lights recede in the frosted January twilight.

The lump in my throat has restricted my breathing to the point of a high pitched, flemmy garble when I try to speak. It's embarrassing, and I'm not even hormonal.

And what makes it worse is that I'm not at Disneyland.
Or in Hawaii.
Or driving around in a light blue convertible Jag wearing sunglasses, red lipstick and a scarf tied 'round my brilliant platinum hair.

Yes, THAT is what makes it worse.

And I blame you. 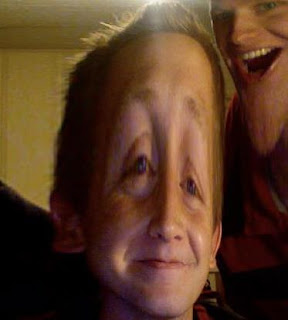 Is it any wonder I miss him so much?

PARTING IS SUCH EXPENSIVE SORROW

The college student has flown the coop and as I type this, is driving up to Cache Valley to his new crappy apartment that he'll share with five other guys (one bathroom) and probably some hidden tarantulas and such.

I just returned from Target, where I threw money at the situation, in essence giving him his very own wedding shower, but without the fiance.

Pots and pans, dishes, utensils, irons and boards and scissors and pens. Paper and towels and blankets and lotion and pillows and bread and butter and Coke. WHO KNEW, PEOPLE?! Seriously.

Anyway, I need a volunteer to keep me delighted and joyful. Code for shopping partner. Apply in the comment section. I'll pick you up in 30.